Could we soon enter a charging drought? 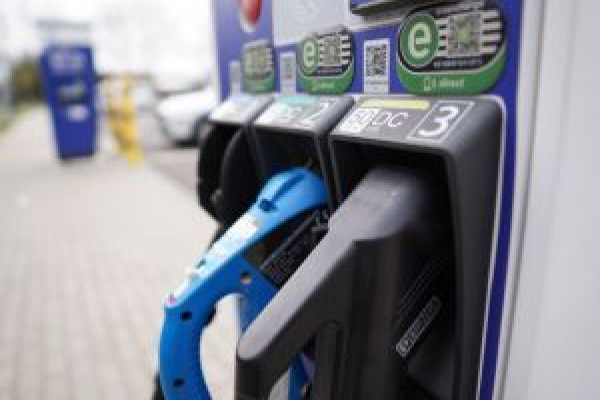 According to the latest figures released by the Society of Motor Manufacturers and Traders (SMMT), deliveries of new electric vehicles reached new heights in June. Not only did all-electrics take 10.7% of the market, but Tesla’s Model 3 became the most popular car in the UK.

This is a huge moment for electric motoring in this country. One year ago, not only was the market share under half what it is now, but EVs were also still viewed as being quite niche ‘eco’ items.

Oh, how times have changed. Nowadays you can’t move or standstill without seeing EVs. From the endless TV adverts, football sponsorships or even just walking down the street; you cannot avoid watching a torrent of cars with their special green number plates swishing silently past.

And it’s brilliant. It seems finally, after all the Attenborough documentaries, Greta protests and sinking polars bears, people suddenly have decided (with some help from the government) they want to do the right thing.

But, with great success comes great challenges. And there’s one that could fast become a problem…

It sounds ostentatious but it is in fact very serious. It’s essentially a situation where the number of chargepoints is a lot lower than the number of electric cars in a particular place.

So, if there are 20 EVs to one local public chargepoint connector, that’s pretty good. However, if eventually that number were to reach the 100s, that is very bad.

The impact of not enough connectors for cars is more queuing to use them, people travelling further away to recharge, and non-owners being put off completely.

This issue could be particularly worrisome if you don’t own a driveway where you can install a home charger – an issue that affects around a third of the population.

There are currently around 25,000 public charges in the UK and only 4,600 of those are rapid devices.

Already there are increasing tales of EV owners having to queue or struggling with the lack of infrastructure in their local area. And you only have to look at mapping tools like ZapMap to see the potential problem areas.

Huge charging deserts exist across swathes of Scotland, North of England, East England and the South West where only a handful of useful chargepoints exist. As one example, there are less than 30 fast (50kWh+) public chargers in Cornwall. How are visitors and residents meant to cope when the nation arrives there this summer holiday?

How do we solve it?

There are a few ways we can tackle this issue. The main one being that the government should ensure that there is a proper network being installed - we can’t have more isolated stations with only one or two connectors. There needs to be many more connectors along our high roads, like you’d expect at a petrol station.

But, also, we must use the hundreds of thousands of chargepoints installed at people’s homes to our advantage. There are now numerous ways that people can register their chargepoint to be used publicly. From offering it to your neighbours on CoCharger or adding it to Bookmycharge for those visiting destinations.

Sharing is just the juice we need to stop our EVs drying out in a charging drought.