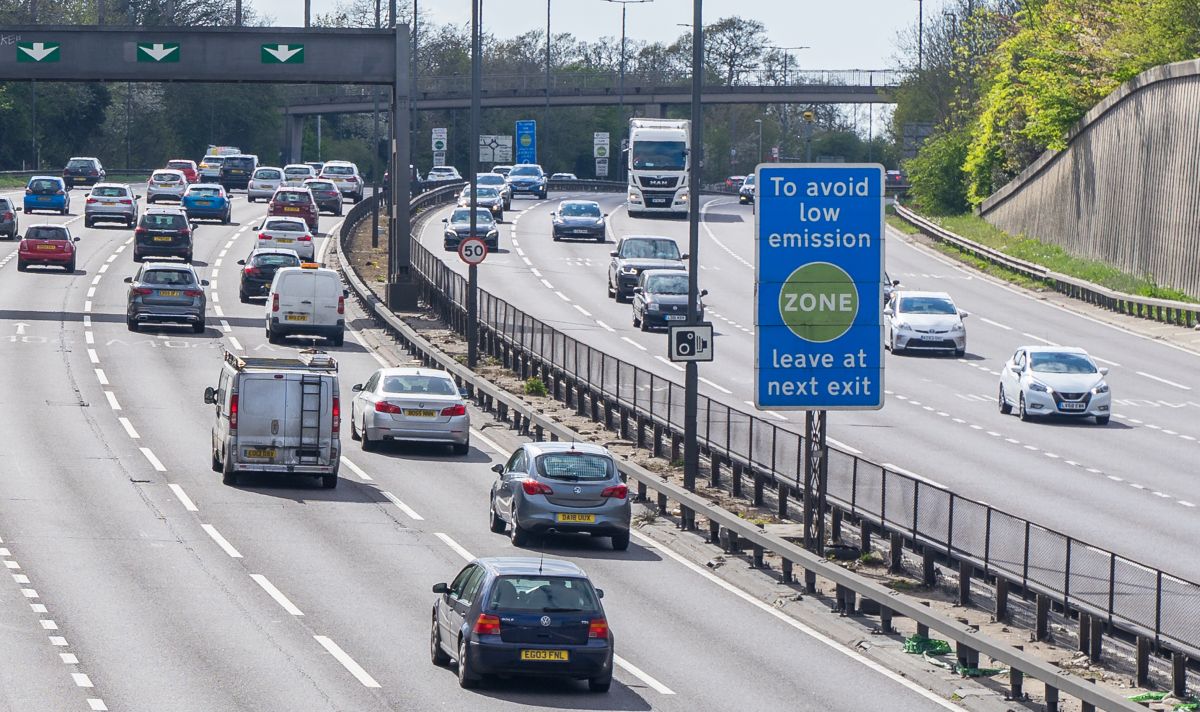 Should we prepare for zero emission zones?

One idea we may hear a lot more about from policymakers is the creation of ‘zero emission zones’. Unlike their low emission cousins, in a ‘ZEZ’ all internal combustion engines are banned
Opinion & News 16 December 2021

According to a recent report by Transport for London, in the first month of the city’s new and expanded Ultra Low Emission Zone, which since October has covered everywhere between London’s North and South circular, almost 77,000 old polluting vehicles were driven each day across the capital.

Under the current rules, that means all those vehicle owners must pay £12.50 daily for failing to comply. Although TFL has said on average only 59% of those caught out actually paid a fine, that still means around £550,000 into the mayor’s pocket every day.

However, even more interesting is that those offenders only make up some 8% of the total vehicles driven in London during the first month. What this means is 92% of cars, vans and taxis driven into the new ULEZ were compliant.

Now, when I first read that statistic, I was pretty impressed to learn 9 in 10 cars on the inner capital’s roads are no longer bellowing nastiness into the faces of small children. But, I feel the adage ‘if it sounds too good to be true, it probably is’ applies here. Because if you look under the surface, the apparent success seems to be questionable.

As an example, let us consider the cars that are considered low emission. While many may believe you need to drive a pure EV or even a hybrid to be compliant, you absolutely don’t. Virtually all petrol cars sold from 2005 are ok. And the same goes for diesel vehicles registered since 2015. Plus, it’s not just cars, many models of petrol/diesel vans also get the thumbs up.

So then, what’s the point of the ULEZ?

Well, arguably there are two critical points here. Firstly, these more modern internal combustion engines meet the necessary regulations to be considered ‘low emission’. Secondly, I’m sure those 77,000 vehicle owners are feeling the pinch from not being compliant, so hopefully, it’ll nudge them in the cleaner direction.

However, it doesn’t escape the fact that if I were to drive to Westminster in a Tesla I’d be treated the same as an owner of a Lamborghini Aventador. Both are ULEZ compliant. The only saving grace is that the Tesla benefits from a discount from the congestion charge - at least until they remove it in 2025.

Perhaps then, the problem with the ULEZ is it doesn’t go far enough. As there are still mostly the same cars on the road as pre-October. Not to mention that the total number of cars isn’t changing much either.

One idea we may hear a lot more about from policymakers is the creation of ‘zero emission zones’. Unlike their low emission cousins, in a ‘ZEZ’ all internal combustion engines are banned.

Given it’s only in the last year that we’ve seen a huge rise and interest in electric vehicles, the concept of a ZEZ is still very niche. However, Oxford, which has been a key test town for EV ambitions, is set to be the UK’s first location for a zero emission zone with a pilot launching in February 2022.

There are of course going to be numerous exemptions for businesses, but this timeline is still fairly rapid. As a reminder, the government is allowing people to buy new plug-in hybrids right up to 2035. That means Oxford is essentially pushing its residents forward over a decade early.

And Oxford may not be alone. I’m sure other towns competing for the eco-conscious crown could potentially come up with their own.

Mayor of London, Sadiq Kahn, had previously planned for the creation of a zero emission zone in central London by 2025, according to his Transport Strategy published in 2018. However, at the time, TFL acknowledged that due to the lack of available EVs on the market and general uptake of them, the “design and implementation of local zero emission zones will need to be considered.”

Given the battery race of the recent year, could we now see updated plans and actions from councils? Many across the country are already taking significant steps towards creating clean air zones.

But will it solve the real problem…

While the ambition for cleaner air is high in people’s minds, the real challenge is surely that still, the car remains the dominant way to travel in the UK.

I’m not advocating at all that we shouldn’t be allowed to have them, but I do wonder if in urban areas whether legislation will be needed to nudge people towards transport alternatives, such as cycling – both for personal and commercial journeys.

The UK certainly isn’t short of mobility schemes (such as cycle to work) to encourage people, not to mention the millions going into new bike lanes. And yet, I read a survey by consulting giant Mckinsey this week that suggested Brits were the least willing to use micromobility (such as e-scooters) or bikes to commute when compared against the US, Germany France, Italy and China.

According to the survey, 46% of our country would prefer to use other forms of transports, such as walking or a private car.

While congestion is perhaps a bridge that will need to be crossed another day, today’s challenge is where cities like London and those building their own ‘Clean Air Zones’ (such as Manchester) go to next. As surely at some point pressure groups will realise the current zones aren’t necessarily moving the needle.

It’s this uncertainty that seems to me could lead to a rather tricky point, especially for those on lower incomes who probably hold onto vehicles longer than others. For current internal combustion engine owners, do they hope for the best – buying a hybrid now knowing that you’re going to be good in 99.9% of the country at the moment – or plan for the worst – aka. invest more into a pure EV just in case the sands shift again.

Earlier this year, I would have argued strongly that buying a hybrid is a good stepping stone for many. Today, that argument is certainly getting more uneasy.